ITP Aero's Technology for the Decarbonisation of Aeronautical Industry 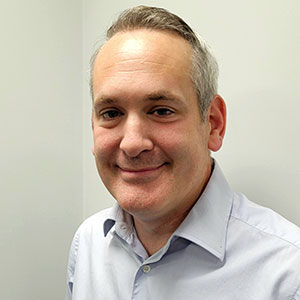 In order to face up to the important challenges facing the aeronautical industry, ITP Aero operates with a strategy that will enable it to successfully meet present and future needs in a more efficient and sustainable way.

To this end, the company is firmly committed to the development of its own technology that will lay the foundations for hybrid and hydrogen-based propulsion systems. With an eye on the near future, it is working intensively on numerous incremental improvements to its existing products and the design and production of new engine architectures that contribute to reducing the environmental impact of air transport.

Among them is the current programme - the design, production, assembly, and delivery of hardware to Rolls-Royce as part of their UltraFan® programme. The products delivered by ITP Aero will be central to this new generation of engines, which will contribute to the decarbonisation of the aviation sector, being capable of running on 100% sustainable fuel, and in time, green hydrogen. These sustainable engines will enable a substantial reduction in specific fuel consumption of 25% compared to traditional engines, and 10% compared to today’s state-of-the-art technology. This remarkable improvement in efficiency is a major leap forward compared to current technology and is shaping up to be a real game changer; a paradigm shift in the aviation sector.

Weight and noise will reduce significantly in this new model, as it is manufactured with lighter composite materials, minimising perceived noise by 65%, in line with the industry's sustainability goals.

All-in-all, this will be the largest engine on the market, with a fan diameter of 140 inches (a standard underground train could pass through the fan circle) and more than 30,000 parts.

This successful technology development is also a step forward in the commitment to decarbonisation, which ITP Aero made last year after joining the UN's Race to Zero programme. In doing so, it became the first Spanish Headquartered aeronautical company to commit to achieving net carbon emissions by 2050, and the European Union's Clean Aviation initiative, of which it is a founding member.

ITP Aero's involvement in the ambitious engine of the future project has resulted in the design, production, and assembly of a hyper-instrumented Intermediate Pressure Turbine (IPT), which is a system that allows us to extract more data from its operation. The process has been carried out entirely by ITP Aero between its four sites in Spain and Mexico. More specifically, the aerodynamic design took place in Alcobendas (Madrid), the mechanical design in Zamudio (Bizkaia), the instrumentation design in Querétaro (Mexico), and the application of the instrumentation and subsequent assembly in Ajalvir (Madrid).

This is the first IPT that ITP Aero has delivered, despite being a world leader in Low-Pressure Turbines (LPT). The main difference between the two is that the IPT rotates at a higher speed, develops much more power, is subjected to a higher temperature, and requires the development of new technologies for its creation, such as materials technologies, a different turbine architecture, and new manufacturing methods, such as 3D manufacturing to reduce its weight and noise.

“With an eye on the near future, the company is working intensively on numerous incremental improvements to its existing products and the design and production of new engine architectures that contribute to reducing the environmental impact of air transport”

The design, production, and assembly of this turbine are technological and business milestones, as it opens the door to a new type of product for the company. In addition, each of the technologies developed to design and produce the IPT has value in themselves for possible applications in other products, such as materials that withstand higher stresses and higher temperatures. These are suitable for use in traditional or LPT turbines, improving their performance.

In addition to the Intermediate Pressure Turbine, ITP Aero’s UK centre in Hucknall has been responsible for the manufacture of the fan outlet guide vanes and lean burn combustor. It has also designed and manufactured over seventy complex aero-structural parts, in a variety of materials systems and novel processes – titanium, stainless steels, composites, and additive manufacturing.

Developments in Satellite Technology to Observe in 2023

The Department of Defense Streamlines Decision-Making through Data Analytics

Chrome-Free Coatings, The Future is Not Without its Challenges

Bridging the Talent Gap in the Aviation Industry

Digital Technology Will be the Key Enabler for Finavia's Growth

Doubling Down on Operations: Sustainability to Meet Organization Goals