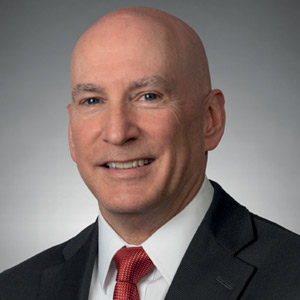 United Launch Alliance (ULA) is manufacturing our first flight article of the Vulcan Centaur rocket, a next-generation launch vehicle purpose-built to support the needs of U.S. national security by lifting the most critical space assets for the country. The inaugural launch is later this year.

The cornerstone for Vulcan Centaur was successfully captured Aug. 7 when the U.S. Space Force (USSF) named the rocket as the No. 1 offer or in the National Security Space Launch (NSSL) Phase 2 procurement. This multi-year competitive contract represents 60 percent of critical U.S. national security launches over a five-year period. It is expected that Vulcan Centaur will launch twenty to thirty missions for the USSF during this timeframe.

Vulcan Centaur’s innovative technology transforms the future of launch, meeting the challenging requirements now demanded by an expanding spectrum of missions that are essential to the nation’s defense – from low Earth orbit to high-energy orbits.

Those NSSL launches add to the eight commercial missions already booked to fly on Vulcan Centaur starting with the maiden launch that will send Astrobotic’s Peregrine lunar lander to the moon. Sierra Nevada Corp. has contracted for seven Vulcan Centaurs to launch its Dream Chaser reusable space plane on cargo resupply missions to the International Space Station.

The rocket is founded in the experience of the Atlas and Delta programs, with innovations that lower cost and improve its capabilities for commercial, civil, and national security markets. Vulcan Centaur offers customers unprecedented flexibility in a single system. The single-core Vulcan Centaur has more lifting capacity than the Delta IV Heavy with significantly reduced cost and streamlined processes.

This new rocket can be built in less than half the time as its predecessors and can be launched at a much higher tempo. Carrying forward ULA’s technology know-how, time tested operations, and our culture of customer-first mission success,

The CentaurV upper stage builds upon the amazing Centaur III which has been America’s workhorse, boasting eye-watering performance, precision, and the ability to fly the most complex orbits others simply cannot. Updated for the 21st century, the new Centaur V will deliver more than twice the energy, be powered by two Aerojet Rocketdyne RL10 cryogenic engines, and be able to operate in space for months on end. Enabled by L3Harris built avionics, Vulcan Centaur will place satellites into new orbits with the same exacting precision.

Vulcan Centaur offers a dramatically shortened timeline for the delivery of a satellite into orbit. About a week after being made available for final processing, a payload can be in its destination orbit. The main elements of the Vulcan Centaur rocket, far too large to be assembled at the factory, will be put together atop the VulcanLaunch Platform (VLP) within the Vertical Integration Facility. This massive building protects the twenty-two-storey tall rocket from the elements and allows the often delicate spacecraft to be kept in the vertical orientation. Once fully integrated, the one and a half million pounds of VLP and rocket will roll a third of a mile to the Space Launch Complex-41 (SLC-41) Launch Pad at Cape Canaveral SpaceForce Station to be fueled and launched into space

"At Ula, We Believe That Our Rockets Exist Only To Take Their Spacecraft Safely And Accurately To Space"

The historic SLC-41 is currently undergoing a transformation into a dual-use pad that will seamlessly handle both Atlas V and Vulcan Centaur rockets simultaneously. The two rockets are distinctly different -- from their size to the fuel they use and the main engines that power them skyward. Those major contrasts in characteristics likely make SLC-41 the first launch pad in the world to serve two entirely separate rocket families at the same time.

Similar infrastructure modifications will be made at Vandenberg Air Force Base in California to support Vulcan Centaur missions to polar orbit from Space Launch Complex-3.

ULA has completed more than 140 missions since the company was formed in 2006. All of those launches have successfully placed the customers’ payloads into space – from Earth orbit, the moon, to Mars, Jupiter, and the sun.

The transition to Vulcan Centaur is made within ULA’s culture of professionalism that ensures mission success for our customers. From the designers and technicians to the controllers and engineers, our objective is the safe delivery of each and every payload entrusted to us to the best orbit possible. We place our customer’s mission needs first. At ULA, we believe that our rockets exist only to take their spacecraft safely and accurately to space.

Aviation sector is expected to recover in 2022.

Aviation Industry To Find Its Way Back In 2022

Four Benefits Of Iot In The Shipping Industry

Evolving Quality Assurance And Control For Advanced Manufacturing: An Opportunity For The U.S. Leadership

Quick Guide to Survive into the New Age of Space Business

The Intricate Landscape of MRO Technology