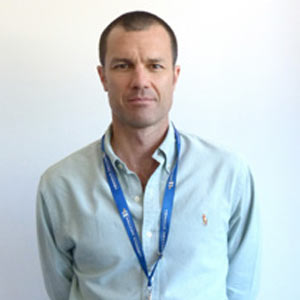 Industrial Robots operational stock has increased in average around 13% each year (2015- 2020) across the world reaching a new record around 3 million units. Currently, automation is employed to enhance the employees’ productivity as well as removing the need of performing repetitive tasks such as deburring and polishing. In doing so, automation allows workers to focus on assignments with a higher value added, less monotonous, don’t require as much physical effort and, above all, are safer. Since employees can direct their attention to more ambitious undertakings, this helps them feel more valued and boosts workplace morale overall.

The 2020 COVID-19 pandemic, supply chain service interruptions and availability on workforce have motivated Héroux-Devtek Spain to carry on with new solutions to continue growing. In some cases, the more hazardous steps of the manufacturing process can be completely automatized in order to remove human risks, thus improving the work environment, while fulfilling productivity goals.

Meanwhile, some workers mistakenly believe that automation takes away jobs, while in fact the opposite happens. Companies that invest in automation end up becoming more profitable and expand further, which leads to not only maintaining the current workforce, but also

bolstering it. Therefore, it’s crucial that workers in the lowers echelons of the company involve themselves in the automation processes, so that they understand that automation is going to help them, and they’ll be able to work better and more safely.

Despite it all, the implementation of automation on Aerospace Industry still has a long way to go. Even though automation has progressed substantially in other industrial sectors and only a small segment of the assembly process is performed manually nowadays, it’s this part of the procedure that makes up most of the financial losses. While these losses could be considered meager individually, in a repetitive operation where tasks are executed thousands of times over, these losses add up quite significantly.

"THE GOAL OF ROBOTIC AUTOMATION IS TO SAVE WORK, AND THEREFORE, TIME AND COST"

Robotic automation aim is to save incurred time per operator, in such a way as to leave the more cumbersome and demanding parts of the work to the operator, thus bringing in more value to the final product. In short, the goal of Robotic automation is to save work, and therefore, time and cost. Because of that, this technology in the Aerospace Industry needs to grow very quickly to meet the ever-increasing demand for aircrafts. In order to overcome these hardships, the growth of automation should become a priority for Héroux-Devtek Spain and we are performing a project to achieve and develop our own automated system with robotics. Automation in Aerospace Industry has been deployed and we should walk with this new technology.

Everything You Need to Know About Commercial Aircraft MRO Market

Developments and Innovations in Aerospace Technologies

Future Of Space Security: What The Industry Can Do To Improve Cyber Resiliency