Inventus Power: Powering the Military No Matter the Mission

Thank you for Subscribing to Aerospace and Defense Review Weekly Brief

Mark Fiedler (USMC, Retired), Program Executive and Vice President of the Government Programs and Support Business Unit for Inventus Power
On a mission in the Middle East, one of the warfighters of the U.S Air Force Special Operations Command (AFSOC) remained stranded with no remaining power in his devices to make a distress call. Fortunately,AFSOC was able to rescue the Airman from the battlefield and a lesson was learned. Fully powered advanced batteries that keep all the devices used in the mission up and running was the critical need of the hour. Without any further ado, the Airforce Research Laboratory, in partnership with the U.S. Army,set out to find a viable solution that fits the demand for all warfighters. Their search ended with Inventus Power, which was at the forefront of designing and manufacturing high-performance rechargeable battery packs and charging devices.

With sixty years of industry experience across a wide range of markets, Inventus Power has been a world leader in the supply of warfighter worn and carried power. When it comes to the military, Inventus Power is the original producer of warfighter wearable power. The company specializes in the production of advanced battery systems such as Li-ion battery packs, smart chargers, and efficient power supplies across a broad range of portable, motive, and stationary applications.
Driven by the slogan, ‘Top of the helmet, the bottom of the boot, and the tip of the gun,’ Inventus Power is always at the edge of delivering power to the ones who serve the nation.

Inventus Power’sGovernment Programs & Support (GPS) designs integrated power systems dedicated mainly to the U.S military and first responder needs. Their flagship product—the Conformal Wearable Battery (CWB) is a flexible battery that is used by military and ground soldiers globally. CWBs are the product of choice for the U.S military to which Mark Fiedler, Program Executive and Vice President of the Government Programs and Support Business Unit, says, “We proudly associate ourselves with the U.S military and deliver them with the most advanced centrally powered source available, CWBs. More than 100,000 batteries have been fielded and battle- tested in extremely harsh environments." CWBs are safe, flexible, and wearable power sources designed to meet the needs of warfighters out on a mission. With so many electronic devices used by the military for communicating, night vision, or for GPS, the CWBs prove to be extremely beneficial. CWB 150 is a proven battery that meets hundred percent of the U.S Army’s requirements and meets or exceeds the specifications of MIL-STDs, the U.S defense standard.

To describe CWBs further, Fiedler mentions that these batteries have a flat ergonomic format and each weigh about 2.6 pounds—flexible in any direction, immersion capable, shock / trauma resistant, and heat resistant. The anti-ballistic and anti-propagation technologies of the battery makes it one of the most advanced battery systems in the industry. The centralized power system enables soldiers to power all their electronic equipment from a single battery through smart cabling and or advanced power distribution systems that are designed to fit the most common types of portable military equipment. The highly efficient central energy power source provides theenergy to all the battery-powered worn equipment and ensures that they are always fully charged. The device-agnostic CWBs are a reliable power source that enables soldier mobility and significantly reduces the mission load of carrying batteries. This enhances the overall effectiveness of their mission. Even if the batteries remain unused for some time, they protect their charge level through various levels of sleep and awake with the remaining charge ready and available to support the mission continuation. CWB last up to three years in storageand requires no maintenance at all.

With an unquenchable dedication for delivering power-packed batteries to the military, Inventus Power believes they have a significant role to play in the upcoming days. “Our responsibility is to deliver energy in excess to what the demand is right now,” says Fiedler. In the short term, Inventus Power is planning for the next best batteries and building factories of the future to satisfy military needs. “Our commitment to serving the military, as they serve the nation, remains uninterrupted,” ends Fiedler. 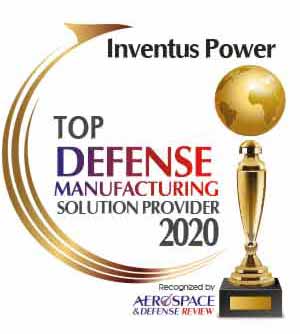 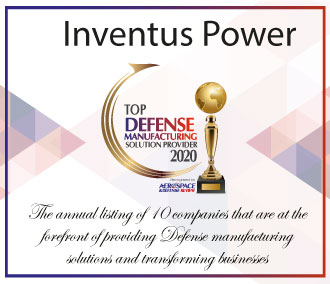 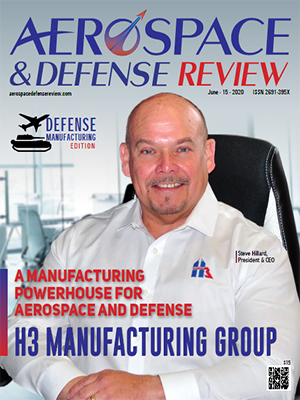 "We proudly associate ourselves with the U.S military and are happy to be the original and only producers of conformal wearable batteries"